Just One of the Guys 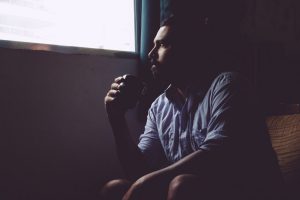 People around town and at church think of me as a moral, upstanding person. They wouldn’t dream that, even though I have been married for years and have two children, I have never felt comfortable around your average “guy.” Ever since I was branded a sissy as a boy, I never felt like I could measure up or fit in.

Confusion over my sexual identity eventually led me to live a gay lifestyle for 5 years after I got out of college. I left that lifestyle because I despaired of finding a life partner there and got tired of medical surprises. Three and a half months later I met my wife.

So what brings me to Healing for the Soul? The same-sex attractions that have plagued me all my life have led me to act out in ways damaging to me and my marriage. I finally realized I was a sex addict. I could no more control my urges than I could breathe underwater.

When I started my sessions with Jayson I was amazed at how he could target my reading and workbook exercises to the most pressing issue we just discussed. I was like a sponge soaking up recovery. I felt good about therapy. Then Jayson asked me to “visit” one of the recovery groups who meet over the phone. What part of “not fit in” didn’t he understand? The thought of chatting with “the guys” each week caused every red flag I own to unfurl.

My first impression during my “visit” was that all the guys seemed to know each other and joke around with each other even though they were calling in from nearly every U.S . time zone. I didn’t entirely understand everything that happened during that session (like what you’re supposed to say in your “Check-in”), but after I shared my particular addictions I was treated well (no one gasped), so I decided to join the group the next week.

It eased things for me when I ended up in a group where one other guy was married and dealing with same-sex attraction , but I believe the other guys would have accepted m e if he hadn’ t been there. Sexual sin is sexual sin. We saw more similarities in our drives than differences in our preferences.

Jayson wanted us to call each other between our weekly meetings. That was hard for the first week or three. I was calling up guys I knew almost nothing about: “So, how were you bad?” Some of the guys would ask me questions about same-sex attraction, but it was always out of curiosity, not judgement.

I’ve been in the same group now for three months. I care about those guys. Although half the time I make calls I end up leaving a message on an answering machine, I’ve had enough conversations with each one of the guys that I know their individual strengths and struggles. I lift them up and they lift me up. I now look forward to making and getting the calls.

Fear of rejection by other men has been the 500-pound gorilla on my back all my life. Last week it finally hit me– the gorilla had died and become roadkill. Being in the group has accelerated my recovery and has already accomplished one thing.

I’m just one of the guys.