Dealing with a Slip 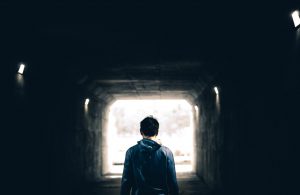 The path to freedom from sexual sin is difficult, and can be marked with setbacks. How we deal with a slip can determine whether we fall again, or whether we stand up, dust ourselves off, and move forward. The following is a list of do’s and don’ts for those times when we stumble.

Do confess your sin to a safe person or group as soon as possible.

Don’t give lust the opportunity to fester and strengthen its grip on you through isolation or an attempted cover–up. Transparency heals the after–effects of shame so you can stand firm again against the next wave of temptation. Resist the pull to isolate, and go against the grain of your pride. Honesty is the only way up.

He who conceals his transgressions will not prosper, but he who confesses and forsakes them will find compassion.
Proverbs 28:13

Confess your sin to the Lord.

God promises to cleanse us from all unrighteousness if we merely admit what we did to Him. No groveling required. Christ’s finished work at the cross cleanses us from all our sins; we need only come to Him for forgiveness and grace. When we’ve failed we can be tempted to climb up on the cross and try to “do something” to earn God’s forgiveness. But, God’s grace can only be received as a free gift; it is never earned.

If we confess our sins, He is faithful and righteous to forgive us our sins and to cleanse us from all unrighteousness.
1st John 1:9

Don’t wallow in the mud of shame; instead, bathe in God’s truth.

Our adversary would love to keep us spinning on his merry–go–round of accusations and lies: “You’ve failed too much for God to love you… you’re a hypocrite… what would happen if others knew… God’s going to condemn you for this one… there’s no hope; you’ll be a sex addict for life.” Meditating on this garbage of despair and hopelessness is playing right into his hands. The Devil will pour it on until we are so filled with shame that we distance ourselves from the Lord and others. Some of what the enemy says might be true, but refuse to dwell on the words of one whose main objective is to separate you from the Lord and the power of His grace.

Instead of dwelling on the enemy’s lies and condemnation, immerse yourself in God’s truth. Run to chapters in His word that speak of His forgiveness, grace and love, such as Psalms 103. Read how Jesus dealt with repentant sinners in the gospels. Go to the Psalms and pray them back to the Lord (Psalm 51 is a favorite of mine after I’ve blown it). Read through the book of Isaiah where the Lord constantly exhorts the people of Israel to return to Him so He can heal them. Look for God’s character in books like 1st John that are a love letter to broken men and women. Look for the Lord in His word and He’ll reveal the truth—and Himself—to you.

For as high as the heavens are above the earth, So great is His lovingkindness toward those who fear Him. As far as the east is from the west, So far has He removed our transgressions from us. Just as a father has compassion on {his} children, So the Lord has compassion on those who fear Him. For He Himself knows our frame; He is mindful that we are but dust.
Psalms 103:11—14

Let the wicked forsake his way and the unrighteous man his thoughts; and let him return to the Lord, And He will have compassion on him, and to our God, for He will abundantly pardon.
Isaiah 55:17

Learn from your mistakes.

There are lessons to be learned from each slip. What went wrong? When did the mental assault begin? What was going on with you emotionally, spiritually, in your relationships and in your circumstances during this time? Did you use porn to medicate stress? Were you feeling empty, lonely, or angry? Were you playing games with lust when you should have been running away from it with everything you had? Were you relying too much on your own strength and not enough on the Lord’s? Did you expect the battle to be over in a minute and then give up, instead of being determined to press through until the fight was over, no matter how long it took? How’s your walk with the Lord been? Have you been spending consistent time with Him in His word?

Take some time for honest reflection and discuss ways you can better deal with the battle next time with your accountability partner or group. Then make an action plan and be determined to follow through with it. One definition of insanity is to keep doing the same thing repeatedly while expecting a different result. You will be tempted again; the outcome is up to you.

The crazy thing was, this wonderful time with the Lord came after I’d blown it badly. Porn use is sexual idolatry; worshipping something or someone other than the living God. For the Lord to show up after I’d sinned against Him that way… I couldn’t understand it. How could God love on me like that after I’d just spit on His face? Yet, over the years I’ve seen that His love is that powerful, consistent, and unconditional. We’re not used to grace this good because no one on earth loves like He does. God is too kind, gracious and merciful for us to wrap our minds around.

In worship we take our attention off of ourselves and our failures, and we love on Him. “I blew it; I love You Jesus. Thank You for Your grace, Your love, Your forgiveness, Your light and Your life in me.” In worship we draw near to the Lord; we get Him, while He gets us (God’s grace in action again—He gets the raw end of the deal). Maybe this is why He provided us with the Psalms, which are filled with praises—worship is an invitation to commune with Him.

It’s critical that we run to the Lord in praise and worship right after a slip. At its core, the sick, counterfeit grace of lust is really a search for the pure intimacy and love of the one true living God. Our enemy will blast us with all the shame, accusation, fear and doubt he can to keep us from returning to the Lord; he knows a man is dangerous to his cause once he falls in love with God.

God’s greatest expressions of His love often come after we’ve blown it. To enter into His presence with worship and praise is to approach the great white throne room of grace and mercy. I know of no better place to be.

Therefore let us draw near with confidence to the throne of grace, so that we may receive mercy and find grace to help in time of need.

Because Your lovingkindness is better than life, my lips will praise You.
Psalms 63:3

Bio: Mike Genung struggled with sexual sin for 20 years before God set him free in 1999. He is the founder of Blazing Grace, a ministry to the sexually broken and their spouses, and the author of The Road to Grace; Finding True Freedom from the Bondage of Sexual Addiction (www.roadtograce.net).